There are all of our other vacations…and then there’s this one. 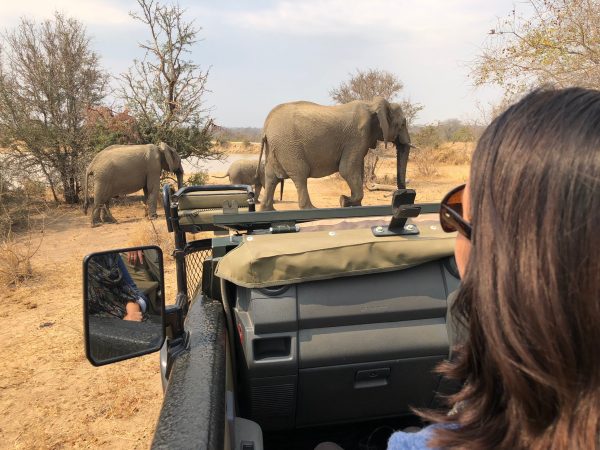 I’m currently watching about twenty impalas around the watering hole off our deck, and one baboon which is down from FIFTY about an hour ago. His family is still nearby though because I can hear occasional yelling somewhere through the trees.

The journey to our one-in-a-lifetime South African safari began on Thursday with two overnight flights: one to London and one to Johannesburg, followed by a short flight to a one-gate airport in Hodespruit and an hour-long drive to Thornybush Private Game Preserve, which is part of Kruger National Park.

We are staying at Shumbalala Game Lodge, which has only five separate suites, and a staff small enough that most of them assembled to greet us. We are most definitely not roughing it.

(While there is an “elephant fence” of wires stretched across the entrance to the lodge, the other animals can wander around the grounds, which is why guests are not allowed to walk to their rooms at night without a guide, and why a hyena ended up in the kitchen last week and scared the chef). 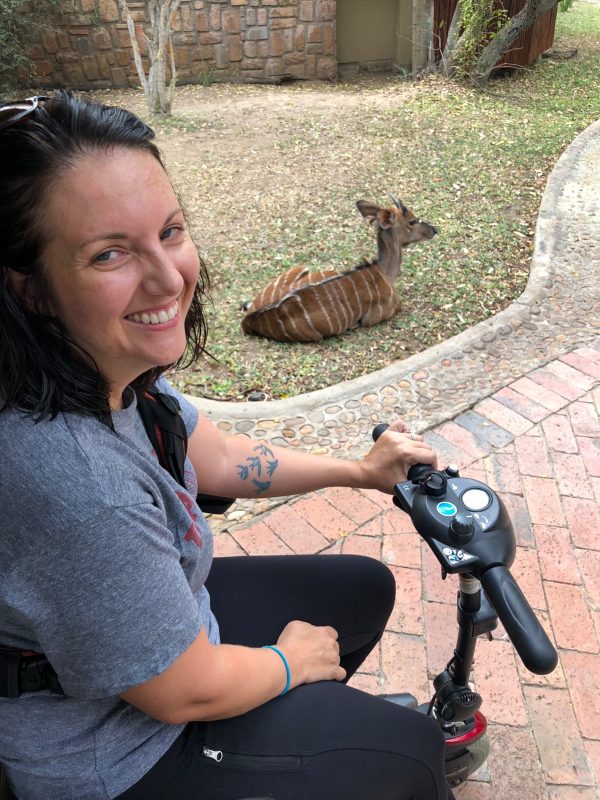 When my friends asked me leading up to the trip if I was excited, I said “yes” without knowing exactly what to be excited about. I worried it might be like a zoo, which always leave me feeling a bit sad and underwhelmed.

THIS IS NOTHING LIKE A ZOO. It’s not even like Kruger NP itself because the vehicles there have to stay on the road and can only stay for a certain amount of time to let everyone get a chance.

But in the private game reserve, we’ve mowed down more than a few bushes tracking after animals — especially the elusive leopard who smelled the urine of a female and was tracking after her. This isn’t as destructive as it sounds, because it’s winter and everything is dry and brittle anyway and only a small number of vehicles are in the operating in the massive reserve. Besides, the 100 or so elephants in the area right now are trampling the grass anyway.

We’ve been on two game drives so far (2 per day) and have seen all “The Big Five” (lion, leopard, elephant, rhino, and buffalo), plus giraffes, zebra, kudu, nyalas, warthogs, wildebeest, hyenas, wild dogs, all manner of birds, a very curious verdet monkey, a very scary Mozambique Spitting Cobra, and this cute thing called a bushbaby: 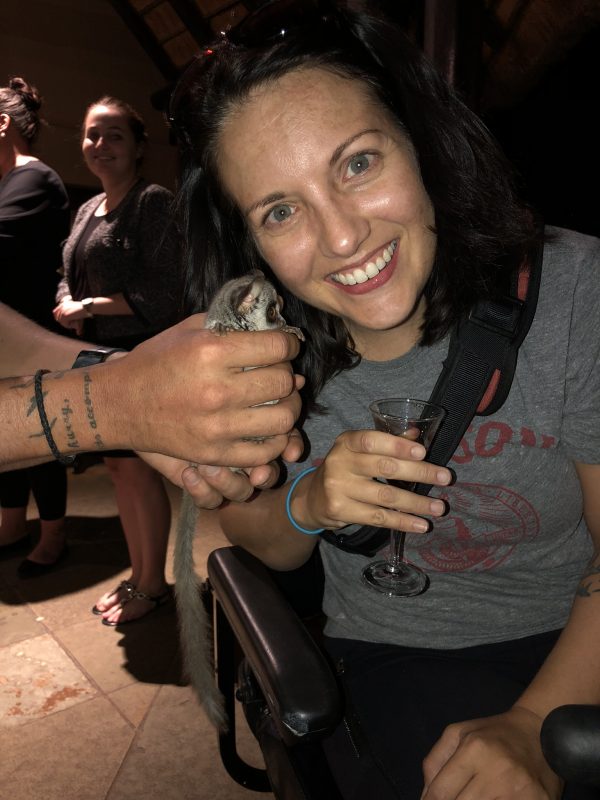 The only real rule on a game drive is ‘don’t stand up in the Jeep’ because the predators see the vehicle as a single animal and if you stand up, they’ll realize it’s not and you might get eaten. 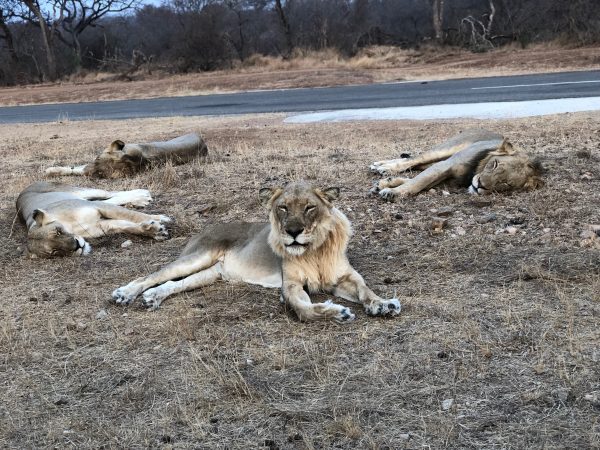 Though I swear they look lazier than our cats!

I *thought* the other rule was ‘don’t exit the vehicle,’ but this morning, we were tracking a skittish, surprisingly-nimble white rhino and our guides, Edward and Sam, led the other seven people on foot to get a closer look, while I stayed in the Jeep and contemplated all the scenarios that might occur, like a pride of lions eating everyone else and me having to call it in on the radio.

I wasn’t really scared though because our trackers are exactly the right mix of knowledgeable, smart, careful, and instinctive guides. We’ve already learned all sorts of interesting facts like how impalas have black spots near their back hooves with glands that give off a distinctive scent when they kick — so that when they’re being chased by multiple predators, they can scatter to get away, then come back together afterwards.

The only thing better than watching the animals is watching DP watch the animals. He is overwhelmed by how magnificent and stunningly beautiful they are – I can hear him saying “wow” and “omigosh” softly from the seat behind me.

Wrapping up now so I can get ready for our next game drive…more soon! 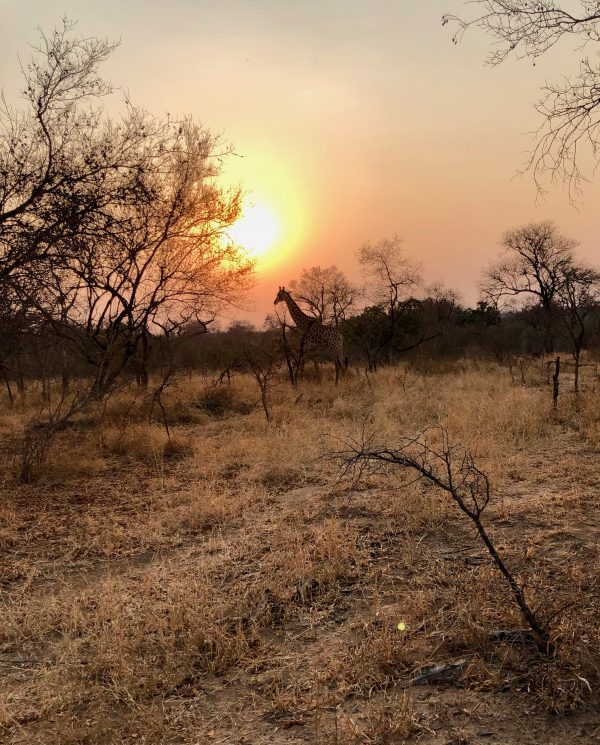