We see raising awareness about this devastating disease as an opportunity to inspire people to live bravely, love joyfully, and appreciate the gift of life.

Andrea Lytle Peet was diagnosed with ALS in 2014 at the age of 33. In eight months, she went from completing a 70.3-mile half Ironman triathlon to walking with a cane.

Remarkably, she has continued to participate in races. Since diagnosis, she has completed 35+ marathons, half marathons or triathlons on her recumbent trike. Her new goal is to complete a marathon in all 50 states. 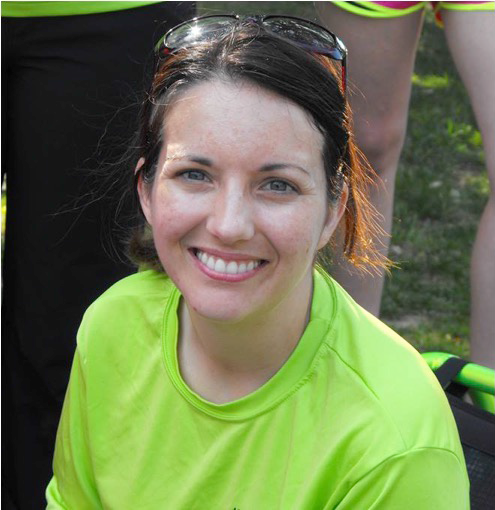 Go On, Be Brave. Make A World Without ALS

States + Canada, and the U.K

Make sure this account has posts available on instagram.com.

This beautiful world is dimmer today because it has lost Pat Quinn. He eye gaze typed this to me 2 years ago and I am often reminded of it when I am down. But that’s just the type of guy he was, you know, in addition to raising $220M globally through the #icebucketchallenge. Thousands of similar comments are streaming in today from the ALS community and all those his life touched 💙. Rest easy, sweet warrior — you changed the fight for all of us and we will carry on your legacy. #quinnforthewin #endALS ...

Grateful to this team for staying on the journey with us 💚
・・・
A sunset // sunrise kind of moment.

A little over a year ago, @beckman.brian and I were in Hawaii. We had the incredible opportunity of documenting Andrea Peet as she completed marathon #11 in her quest to be the first person, post ALS diagnosis, to do a marathon in all 50 states. We had an aggressive documentary plan, production and post-production included following Andrea, her husband Dave, and the team that makes up @teamdreafoundation for one year as she checked off marathon after marathon. We would wrap filming at marathon #21 – Alaska! We’d then pull off an intense 4-month edit followed by submissions to film festivals with the goal that Andrea could use the documentary to promote her remaining marathons and raise awareness for ALS research.

And then Covid. And then marathons started to get cancelled.

We were quickly faced with the reality that California, Washington, Delaware and ultimately Alaska would not be happening in 2020 and our best laid plans were going to need to slowwwww dooowwwwwn. We were also processing the reality of what postponing by 1-year meant for someone diagnosed with ALS. In a disease whose life expectancy is 2-5 years, Andrea had just celebrated her 5-year anniversary. She’d already beaten these cruel odds and done it while making long term plans. Long term goals. Some might rightfully call it a rebellious act in the face of such a disease. And now we were looking at pushing back, not just by a couple of weeks, not by a couple of months, but by an entire year!

Andrea and Dave made the brave decision to push on. Our production would be extended by one full year. We would now follow them for 2 years and hopefully it could all still culminate in Alaska (now Marathon #31). We will see. If this year has taught me anything, it’s to hold things loosely and be ready to adjust plans.

It felt like a sunsetting kind of moment. Where you see someone faced with what feels like impossible odds (again) and yet they rise to the moment with courage and strength.

Nonprofit & team of 200 athletes who have raised $500k to defeat ALS. Andrea is aiming to be the 1st person w/ ALS to do a marathon in all 50 states on a trike.

For years I’ve been working w/ the ALS community to increase research opportunities & ensure those impacted have the support they need. We’ve made progress, but even w/ promising treatments in clinical trials, patients unable to enroll in those studies have few treatment options.

Rest in peace, Chris Combs. You did amazing work while you were here. Sending hugs to all those who loved him 💔 #ALSsucks #endALS

NC State's Chris Combs passed away on Thursday. He was 45.

Honored to be named Tarheel of the Month for August by the @newsobserver! Thankful for such a thoughtful article sharing my story and the true gift of time that most with ALS don’t get. Marathon #20, going for 50! 👊
https://bit.ly/32D5HKr

Amyotrophic lateral sclerosis (aka ALS or Lou Gehrig’s disease) is a progressive neurological disease that affects the nerve cells in the brain and spinal cord. When motor neurons that connect nerves and muscles die, people lose the ability to initiate and control muscle movement. Without stimulation, muscles become weak and atrophy. Most people with ALS become totally paralyzed as they lose the ability to walk, talk, eat, swallow, and breathe.

Every 90 minutes, someone with ALS dies and another person is diagnosed.

The average age of diagnosis is 55; however, cases of ALS also appear in people in their 20s and 30s.

Military veterans are twice as likely to develop ALS as the general population. Athletes also seem to be more susceptible. No one is sure why.

The only approved drug for ALS (riluzole), only extends life expectancy by 2-3 months.