Our Her ALS Story sister, Alyssa Jeswald Lee, passed away in November. Today is her Celebration of Life. Here is the HAS remembrance that will be read at her service. We will be hosting an Alyssa Day at our retreat next September. Donations gratefully accepted here.

We (the filmmakers, DP & I) met Alyssa and her amazing husband Taylor last March when we were in CA for the Oakland Marathon. Our dear friends, the Reiches, invited us all over for an impromptu breakfast-on-camera.

The following are some reflections that our filmmaker, Miriam, shared with me after Alyssa’s passing (shared with permission). The screenshots I grabbed from the filmed conversation that our co-Director, Brian, put together. I truly appreciate that they care so deeply about the ALS community. I couldn’t have described Alyssa better and this is how I will choose to remember her.

There are weeks that make you stop and question what matters in life. This was one of those weeks. During filming Go On, Be Brave, Brian and I had the honor of meeting Alyssa Jeswald Lee in Oakland, a young woman diagnosed with ALS at 27. We got news that she passed away  at the age of 31 after a 4 year fight against the disease.

We spent one afternoon with Alyssa, her husband Taylor, Andrea, Dave and their friend Corey and his family, when Andrea did her California marathon. There is a truly strange thing that happens in the edit bay that I’ve been trying to wrap my head around. I felt like I spent days with these people, not mere hours. I sat with their footage day after day. It’s an editor’s and videographer’s job to get to know a person through observation. When we got the news on Monday, I was devastated. And then I realized, in reality we hardly knew one another. But I felt like I knew her. I felt like I had just spent days of time with her. So I wanted to write out a few things I observed about Alyssa through her footage. 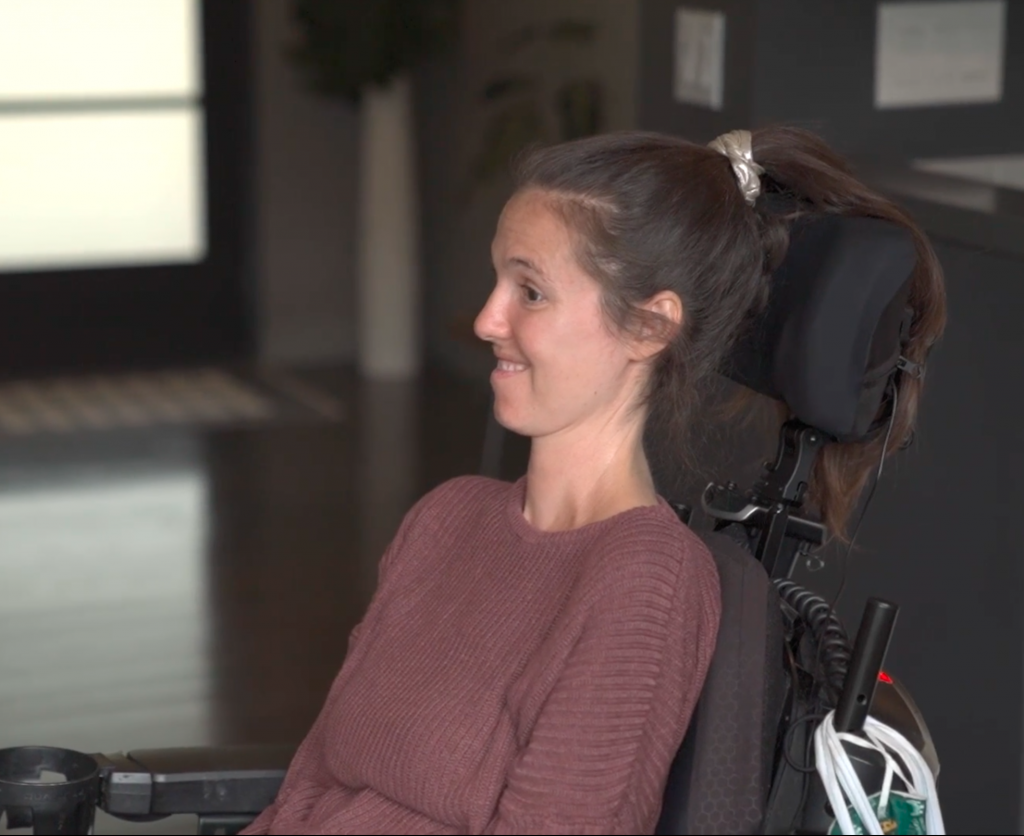 The first thing I observed was Alyssa was incredibly adventurous. She absolutely lit up when the topic of Alaska came up in conversation. That’s when I saw her get the most chatty. She talked about having lived in Alaska and I got the impression she had some crazy adventures during her time there. She was quick to recommend hikes to Brian and I. I looked them up later. They are extremely difficult.

Alyssa and Taylor shared about a trip they had taken post diagnosis to Japan. While I’m sure their trip was full of all the incredible sights, and taste, and smells that one experiences when visiting a foreign country, I noticed that the thing that she wanted to talk about was how thoughtful and accommodating Japanese culture was towards a person with a disability. She talked about getting to meet others with ALS. That appeared to be the most important thing to her, connecting with others with the disease. 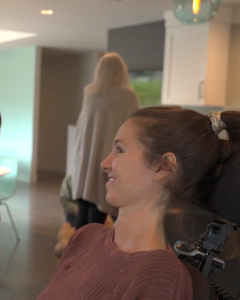 I noticed Alyssa and Taylor’s deep connection and love for one another. Multiple times they didn’t even have to speak. She would *look* at Taylor and he would know. He would know exactly what she wanted to say, and vice versa. It’s a look that I’ve observed with Andrea and Dave that speaks to the depth of a relationship, of understanding, having walked together through the hell that is an ALS diagnosis and choosing to come out of it with love and joy not in spite of the pain, but in the midst of it. 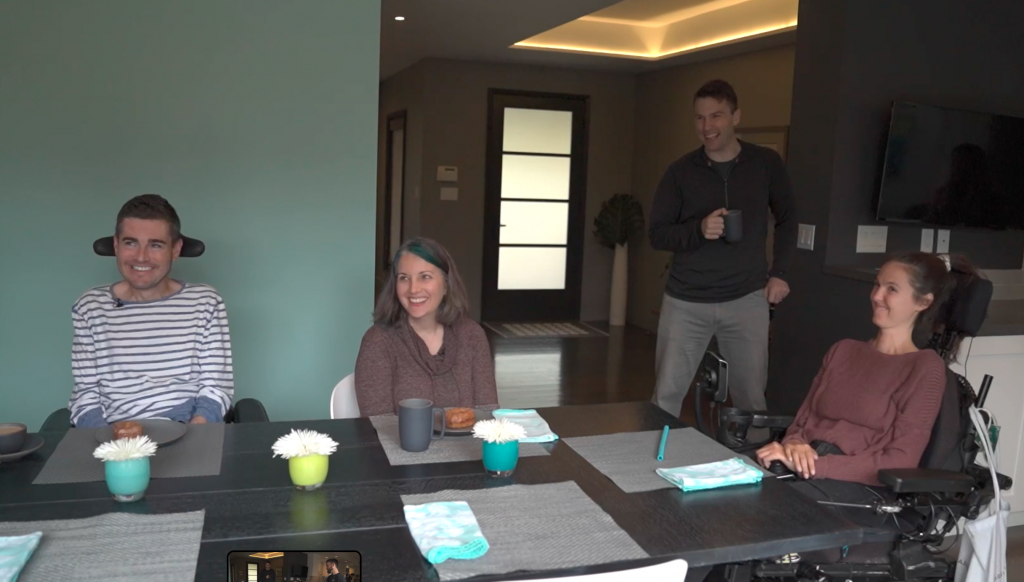 The pace of conversation between Andrea, Corey, and Alyssa is a thing I’ve gotten to observe now in multiple settings between people with ALS. The pace is slower as the disease actively steals their voice. I’ve noticed that Andrea gets talked over by well meaning people who don’t realize we all just need to slow down and listen better. I’ve been one of those people, if I’m being honest. But when people with ALS get together, that failure to be patient seems to melt away. They take the time for one another to see each other’s full person. Alyssa was really funny. She was very thoughtful. She was adventurous and did crazy things in her life. She was deeply loved.

So I wanted to write this out as a thank you to the ALS community as a whole as we remember another person that was taken too soon. I was so honored to meet you. And thank you all for teaching me to slow down. To listen better. To think about what really matters. Rest in peace. 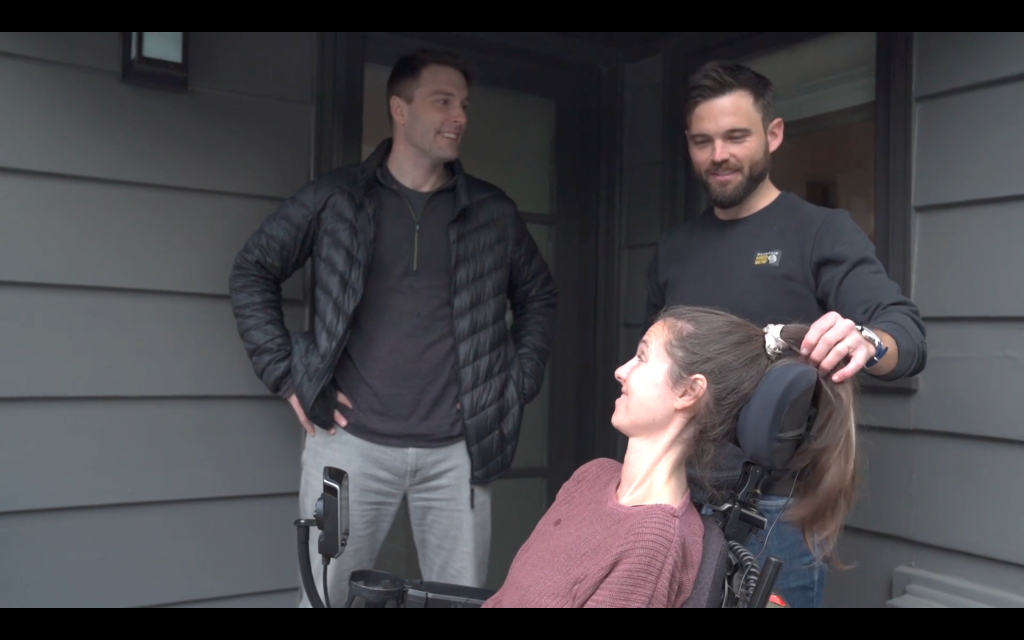