You’ve undoubtedly seen the “ice bucket fail” videos and mashups of people getting hit in the head with buckets, falling off something, or losing their bikini tops. These are hilarious, but not what I mean. 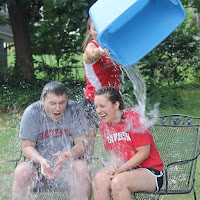 You see, I challenged NBA MVP Steph Curry and his 3-year-old phenom of cuteness, Riley. Steph went to my alma mater and since it’s a relatively small, close-knit community of alumni, I figured it was only three – max four – degrees separating me from him. Once all my friends uploaded their videos challenging him too, I figured it was only a matter of time before Steph acquiesced to our video appeals. The result would undoubtedly go viral and the dollars would flow to ALS-TDI and the Blazeman Foundation.
So far, none of this has happened. Some of my friends, including Pooh bear, have made awesome videos. Others are working back channels to try and get to Steph. I’m grateful for each one of these efforts, but the whole month has felt like one giant balloon of anticipation slowly deflating.
I’m not alone. Dr. Steve Perrin, CEO of ALS-TDI, said in an email last Friday that the organization has only raised $50,000 so far this month. Last year’s ice bucket raised $4 million, increasing enrollment from 25 to 300 people (including me) in their precision medicine program and invest $3 million clinical trials. With $50,000, they can expand the PMP by . . . two people.
Donations are down despite the spirited headlines last week touting the amazing research breakthrough at Johns Hopkins.
I’m dreading the ones at the end of this month reporting the disappointing money raised by the 2015 ice bucket challenge. Dismal little quippy puns, like “The Ice Has Melted.”
Were we in the ALS community wrong to focus our challenges on celebrities and giant swaths of people (all our Facebook friends or alumni from our colleges) instead of calling out specific friends and family members? Did we all expect to become Anthony Carbajal on Ellen?
I did, I’m ashamed to admit.
Or was it really just a one-time internet fad? Did people really miss the point? Were we wrong to believe that those who actually donated did so because they realized how awful ALS is? That they paused long enough to picture how devastating it would be to lose – one by one – the ability to walk, talk, swallow, use the bathroom, and breathe, leaving only their mind intact to witness their own death?
Yeah, it was a fun, social media game that celebrities and ordinary people alike could play. But the $220 million raised globally jumpstarted promising studies and clinical trials that had been languishing on researchers’ shelves due to lack of funding.
I want to reach out to each one of the scientists, look them in the eyes, and plead, “you’re using the money you have wisely, right?? Because that’s it, there’s no more where that came from!”
There will be more, of course, because people will still be getting diagnosed with ALS, and their loved ones will still be outraged that there’s no treatment beyond the one pitiful drug that extends life 2-3 months. After they pass away, they will continue to raise money in their honor. But maybe ALS will sink back into obscurity as football players go back to sporting neon pink gloves and Veteran’s Day parades take place as usual, oblivious that these two groups are most at risk for this deadly disease. 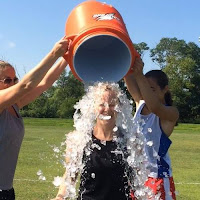 I know that most readers of this blog have donated to Team Drea, some many times over. And many have gone above and beyond to make sure that I know I’m loved (latest example, from Heather). I’m watching the scroll on my fundraising page now…it’s astounding. Please know that I am profoundly grateful to each and every one of you. I also realize that there are many important causes out there and money is always tight.

I’m just disappointed. And afraid.
Please, when you can, donate to ALS.net or the Blazeman Foundation where ALL the ice bucket money goes to ALS research. If we can make a breakthrough in one year, imagine what things could look like five years from now. I don’t get the luxury of looking that far into the future. 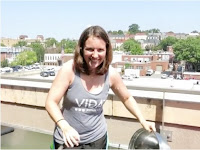 Fortunately, VIDA Fitness came through for me again and accepted my challenge for next Monday, which is going to be really fun 🙂 I felt like I had to try again because I didn’t know what else to do.

You see, the ice bucket challenge was never just a game to the people who are dying, or their loved ones.

Have you seen Steph and some of his teammates challenge President Obama in this link http://youtu.be/lJywcCD4qdI?