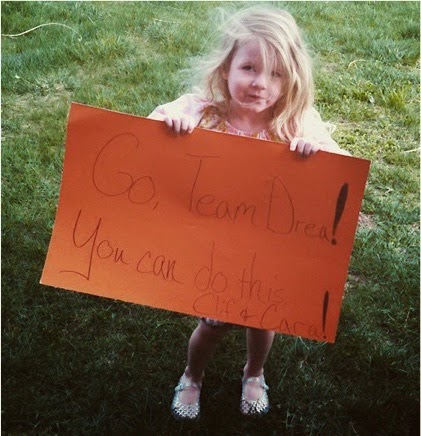 I’ve known Andrea since high school when we spent most of our afternoons and evenings marching around the football field.  She was in the band and I was in Colorguard.  Years later, we crossed paths again when Andrea  and Dave hired me to coordinate their wedding in Durham, NC.  It was such a wonderful experience to be a part of their wedding day because I got to experience what truly wonderful, kind, and fun people they are. 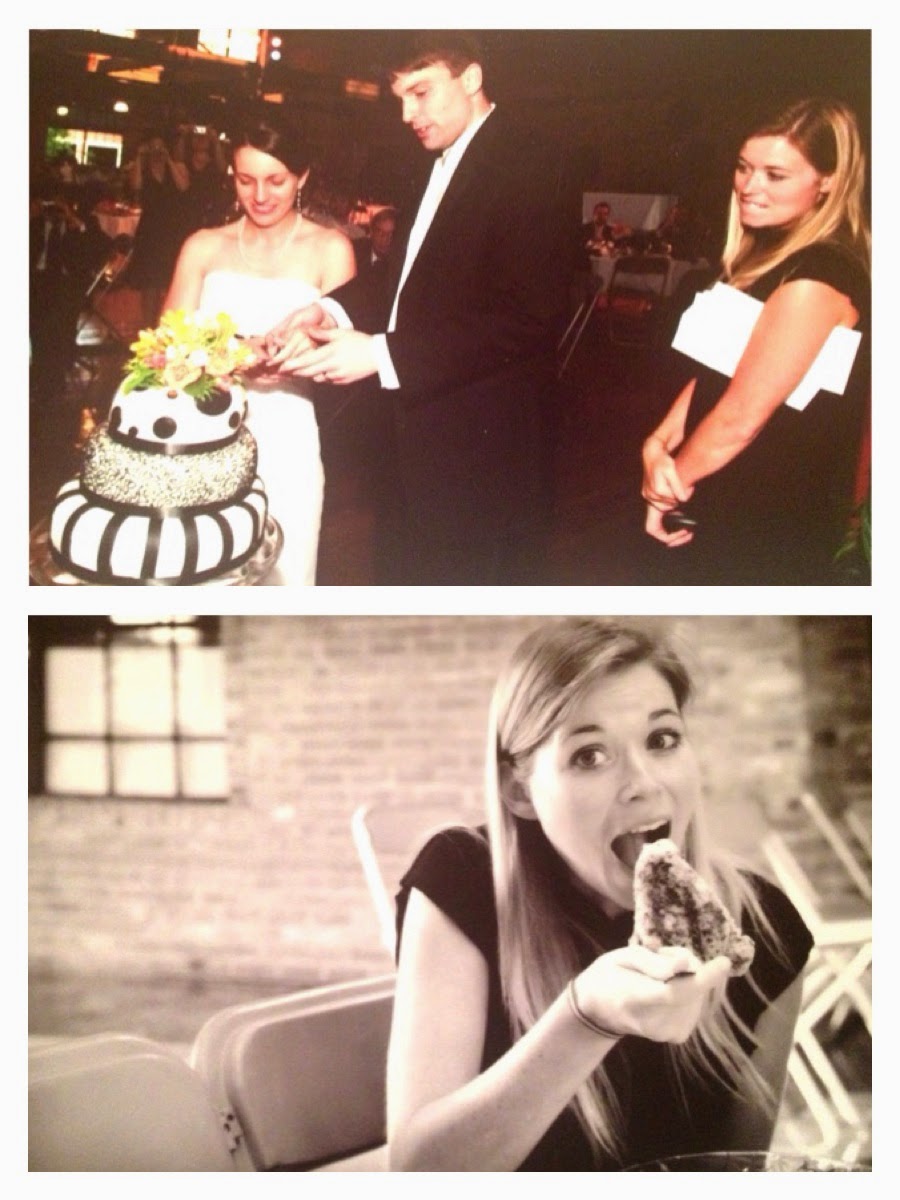 [Editor’s note: Cara did an amazing job on our wedding!  She was so ever-present, she looks like a bridesmaid! And who looks this gorgeous eating pizza?!]
Andrea and I have remained Facebook friends since then and we both actually happened to end up in the DC area.  Once Andrea started her blog, I’ve followed her journey and honestly, I felt like someone punched me in the gut when I read that she had received her ALS diagnosis and I wanted to do anything I could to help.  Seeing her strength in the face of her diagnosis has lit a fire under me, made me realize that I can’t take anything in life for granted and to live each day to the fullest.  So, I decided to run my first 5k!
As far as my running history, I have never liked running, honestly I abhorred it, did everything possible to avoid it.  I grew up dancing and had no problem performing a two hour ballet, but if I had to run a lap around the track, Lord help me!  Even while all my friends were getting into running races, I didn’t have a single urge to try it.  But, the Team Drea Challenge came along and I knew it was my time to try and push myself out of my comfort zone.  I started researching 5k’s in our area and was hoping to find a low key one, that wasn’t too crowded and I found the Lorton Prison Break 5k at the old prison facility in Lorton, VA.  Sounded interesting getting to run through the old prison facility, right? So, I started training with the Couch to 5k app.  I think my first week of training started with intervals of one minute running and 3 minutes walking for 25 minutes. The training was hard, my legs hurt so much and I had a hard time figuring out how to relax my breathing but after 3 months of running every other day, I was finally able to run just over 3 miles. 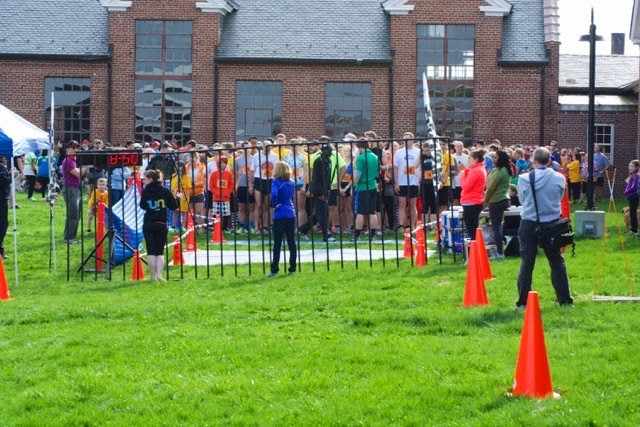 The race kind of snuck up on me.  In the beginning, I thought after some training that running 3 miles would have been so simple to me. But it wasn’t, and it was still super hard every time!  I was so nervous on the day of the race, I really didn’t know what to expect. It also didn’t help that we spent the entire day before building my daughter’s new playset and I was so incredibly sore!  Not the smartest idea 🙂  There were about 500 people running the 5k, and I was convinced that I would be the last one to cross the finish line!
Once the race began, my nerves calmed down a bit thanks to my awesome husband who was giving me pep talks through the whole thing.  The 1st mile was ok, but I started struggling during the second mile, especially once we came upon what they called “Hells Hills”.  They were a series of ridiculously steep hills, one right after another. Halfway through I had to stop and walk, the girl right in front of me actually started throwing up, it wasn’t pretty! 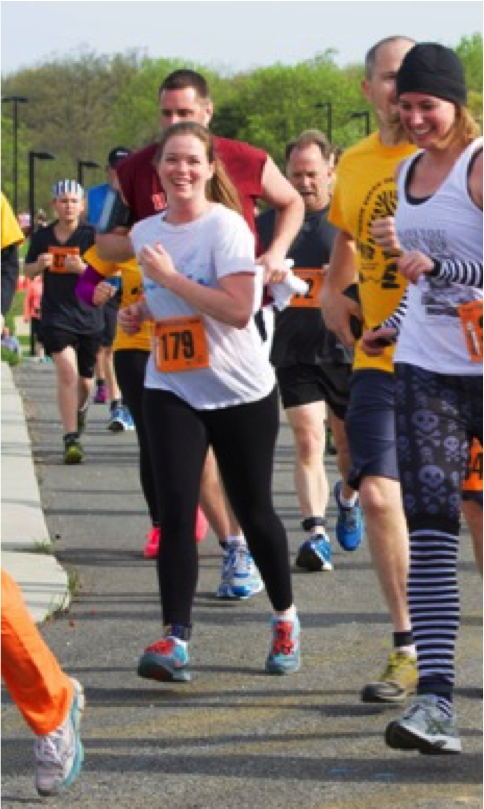 Once at the top of the hill I started running again and it was really tough. I alternated telling myself in my head, “I can do all things through Christ who strengthens me” and “This is for Andrea, 179!” I pushed myself and crossed the finish line, with a time of 33:13.  I wasn’t last either, I was number 205 out of 590!  It was hard, my muscles hurt and I was tired but I felt fantastic when it was over!  So fantastic that I gorged on 4 Kudos granola bars 🙂  The only part that was a disappointment was that I didn’t get a medal, so to remedy my need for some shiny jewelry, we are planning on running the Navy 5 Miler in September. 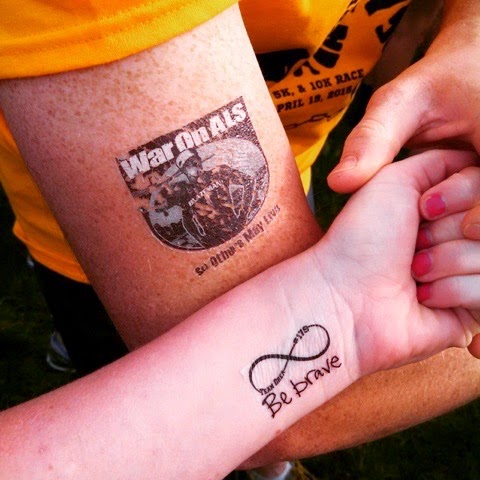 I've never even seen those pictures from your wedding, so funny! Thanks so much for letting me write a blog post and uninspiring me to run!