March 23, 2015
Uncategorized
1 Comment
To date, Team Drea has raised:
$20,986 for the Blazeman Foundation
+
$2,888 for the ALS Association
=
$23,874 dedicated to finding a cure for ALS and caring for those with it.
Thank you.
———————————————————————————
Did you see that total^^?!  That represents 211 separate donations.  I am at once ecstatic and humbled by the generosity of our friends and families.
I am delighted to introduce the new members of the Team Drea Challenge (TDC), which with the first round, brings the total number of people participating to 50! with a few more lurkers out there who plan to do something but haven’t decided what.  To clarify…..I won’t say no if you still want to join the challenge.  The “deadlines” were just so that I could stop spamming Facebook and order stuff for the care packages.  And umm, well, some people need deadlines :). Contact me if you want to join us.
First, for some extra motivation, a wonderful anonymous friend is matching $1 per race mile!  By my count so far, she’s in it for $64.  Our goal is to make her shell out the max of $1,500! 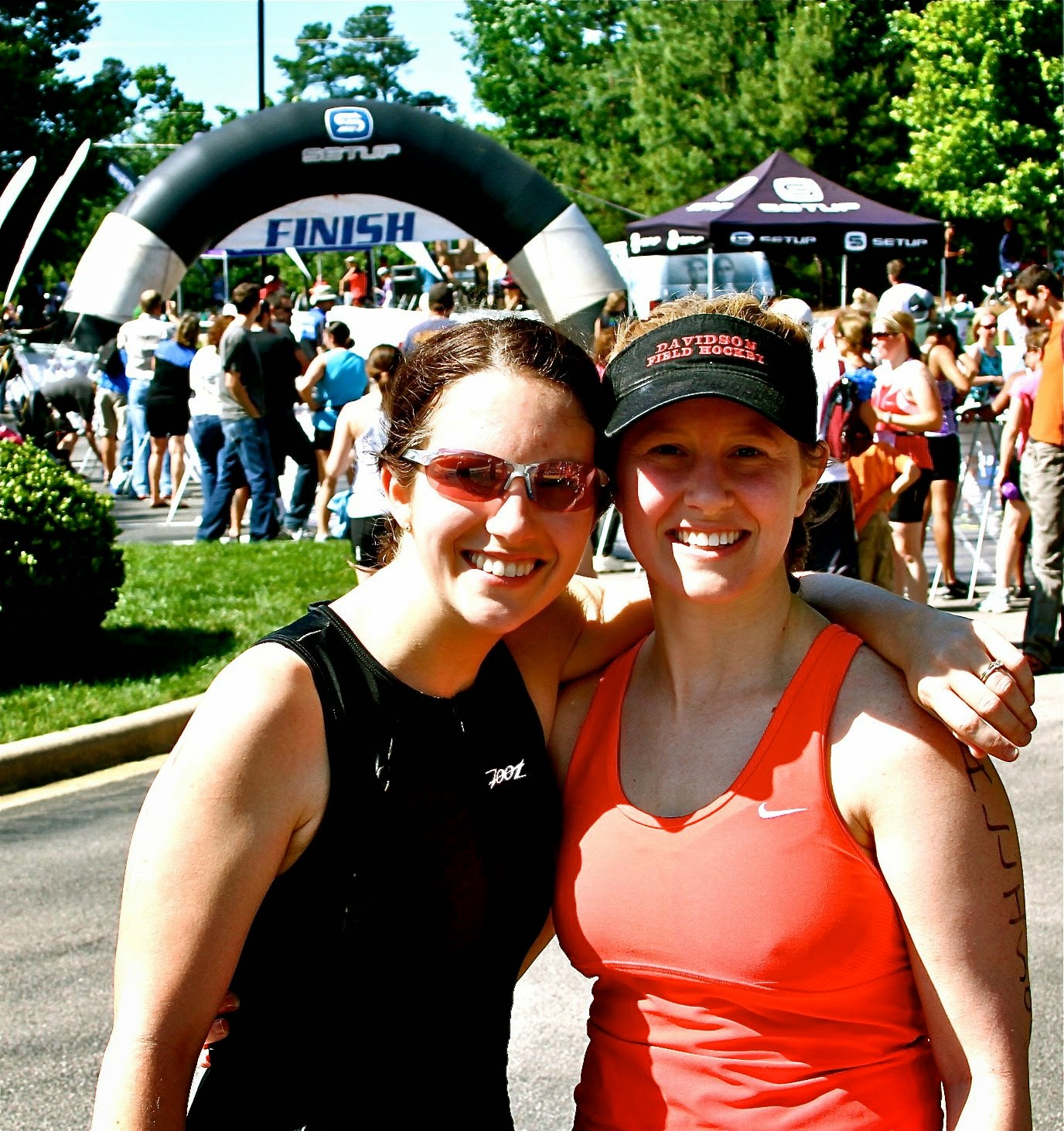 Allison is one of my closest friends from college and has been a huge emotional support for me.  Here’s us at Ramblin’ Rose Raleigh in 2012 ——>
This time, she’s doing Ramblin’ Rose South Charlotte.
I love it when strangers join the TDC, but I feel a particularly kindred connection to Jodi and Jillaine, who know all too well the devastation ALS can bestow.  They lost their mother, Dawn, almost 6 years ago to a very rapidly progressing version of the disease.  As the 5th anniversary of her death approached last year, they felt compelled to honor her memory by running their first-ever marathon. They co-authored a beautiful blog about their journey, including profiles of 24 other pALS that they ran a mile for during the marathon. AND they raised more than $20,000 for the Chicago chapter of the ALS Association.  They are now mourning the passing of one of their honorees, Trickett Wendler, a beautiful young mother who died last week.  They will be running a half marathon this fall.
Sapna, Melissa, Susanna, and Brie are doing their first triathlons ever at the Tri It Now sprint tri in northern VA in August.  It would bore you if I covered all the ways we’re connected with schools and races, but suffice it to say that we’ve all known each other a LONG time (Brie since preschool) and they all went to UNC together.  Sapna and I ran our first 8k in 2011 and worked up to a marathon in March 2012 (we’ve run a lot of miles together).  Sapna, Mel, Susanna, and I did the Raleigh marathon as a relay in fall 2013…aka my last run ever :(.  Susanna has already done one TDC race at the (soggy) DC Rock ‘n Roll 1/2 marathon last weekend.  The ladies have set a fundraising goal of $1790 as a group — they’re well on their way, thanks to the $268 Susanna has already raised! 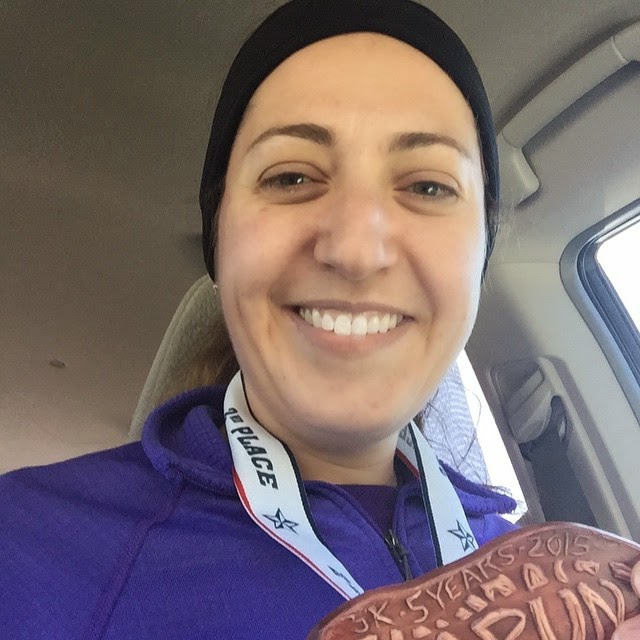 Rebecca, another Tarheel I’ve known since 1st grade, is already having a great season.  She’s already taken 2nd in her age group and PR’ed a 1/2 marathon.  Her challenge race is to do the Raleigh Rock ‘n Roll 1/2 marathon in under 2:30.
Jane, a friend of ours from college, aims to run her first 1/2 marathon this fall.  She’ll be a little busy adjusting to her surgery residency and planning her wedding, but if anyone can pull it off, it’s Jane.  Thank goodness running is a stress reliever!!

David, part of the executive leadership team at my mom’s company, is training for the Raleigh 70.3 for the third time.  He has been supportive of my mom since the beginning of this journey, so I am touched that he has joined us.

Polly and Will, DP’s aunt and 11-year-old cousin (& ring bearer in our wedding), are running their first 5k ever… with us!  We are going to do the Blazeman Run at Aldrich Mansion in Rhode Island in June.  I’ll trike the 5k with Polly and Will and DP will be running the 10k b/c his coach is a jerk.  Hopefully we’ll finally meet Jon Blais’ parents, Bob & Mary Ann.

A lot of people ask me how I am able to stay so positive.  The Team Drea Challenge has become a major factor.  I live vicariously through everyone’s ups and downs of training because it brings back such vivid memories for me.  When good workouts helped the world make sense again and bad ones forced me to dig deeper to keep going.  When I discovered I was tougher mentally and physically than I ever realized.  I need those memories now.

I love hearing people tell me I “made” them get up and go to the pool when they’d rather sleep or keep running even though the weather sucked and they wanted to quit.  I know those feelings too.  If I — if ALS — got you to and through those workouts, then something positive is coming out of what otherwise is just meaningless tragedy.  If the money raised helps find a cure, then we’re all working together to prevent unnecessary suffering and sadness.  So for that I give my deepest, most heartfelt thank you.

Great job fundraising! You are truly an inspiration.

I actually thought of you today. I was very reluctant to get my run in tonight but I finally headed out. It was a suffer for me and with a mile left to go, for some reason, you popped into my head. And I dedicated that final mile to you because you are one of the strongest people I know. And I finished strong. So thank you for carrying me through when I needed it. Your spirit is contagious and beautiful.